Clayton Citizens for Community now has a Neighborhood Watch which has been approved by the Clayton County Police Department.  It is an addition to the Morrow City Neighborhood Watch which has been active for years and their Program covers all the residential areas under the jurisdiction of the City of Morrow.  It holds its monthly meetings in the Morrow City Hall, usually the first Monday of each month.  Our residents are welcomed to those meeting.  Clayton Citizens for Community presently has a Neighborhood Watch Coordinator and a Block Captain on Yale Court and Oxford Drive.  If anyone would like to volunteer as an additional "Block Captain" either on Yale Court or Oxford Drive, should send their name to www.jlpshadow@bellsouth.net 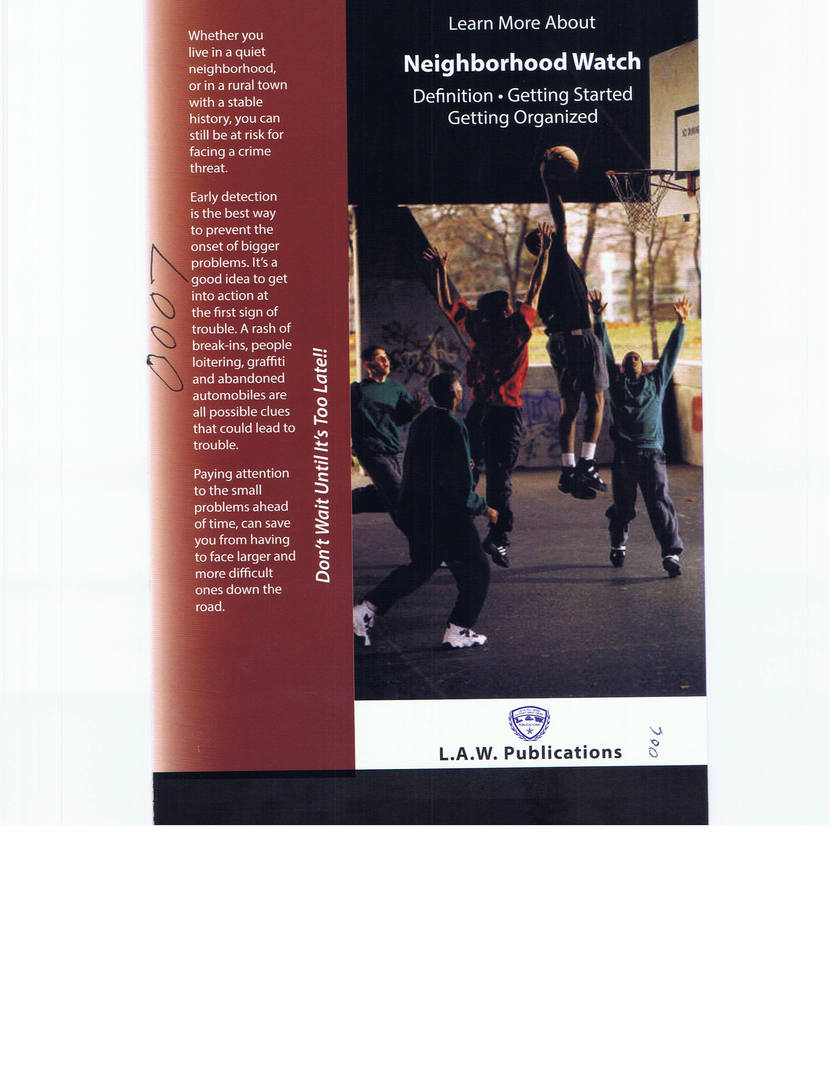 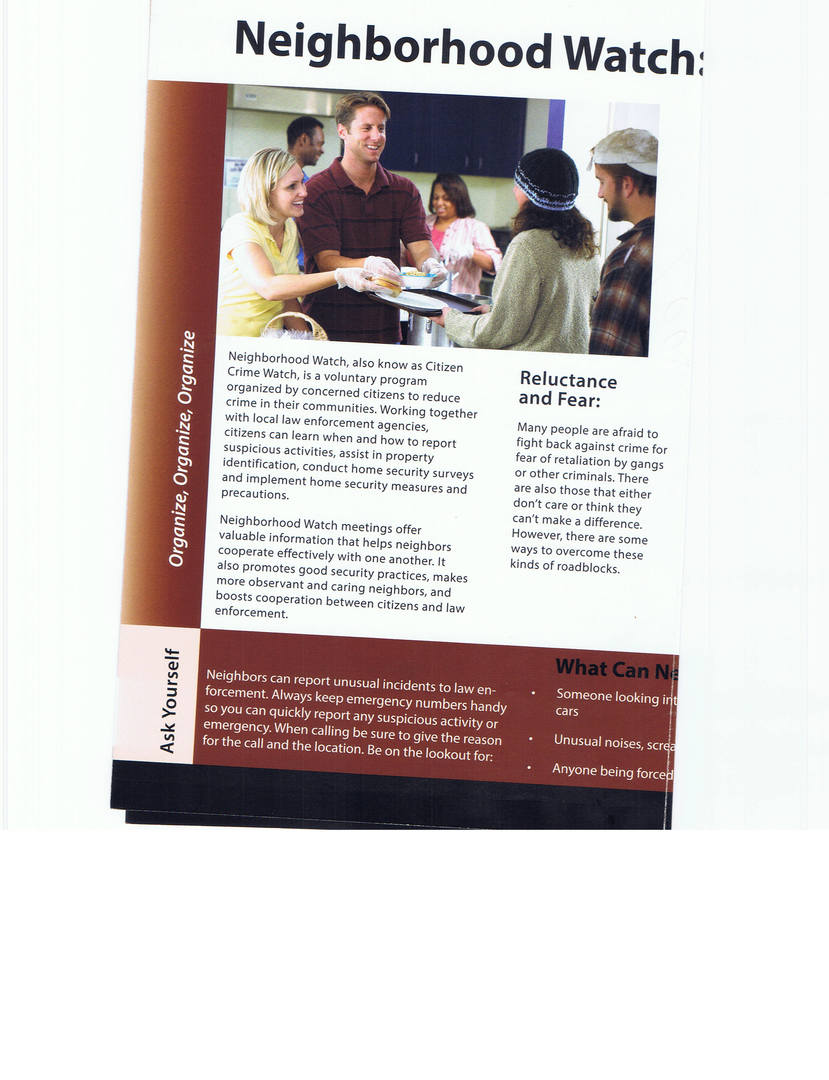 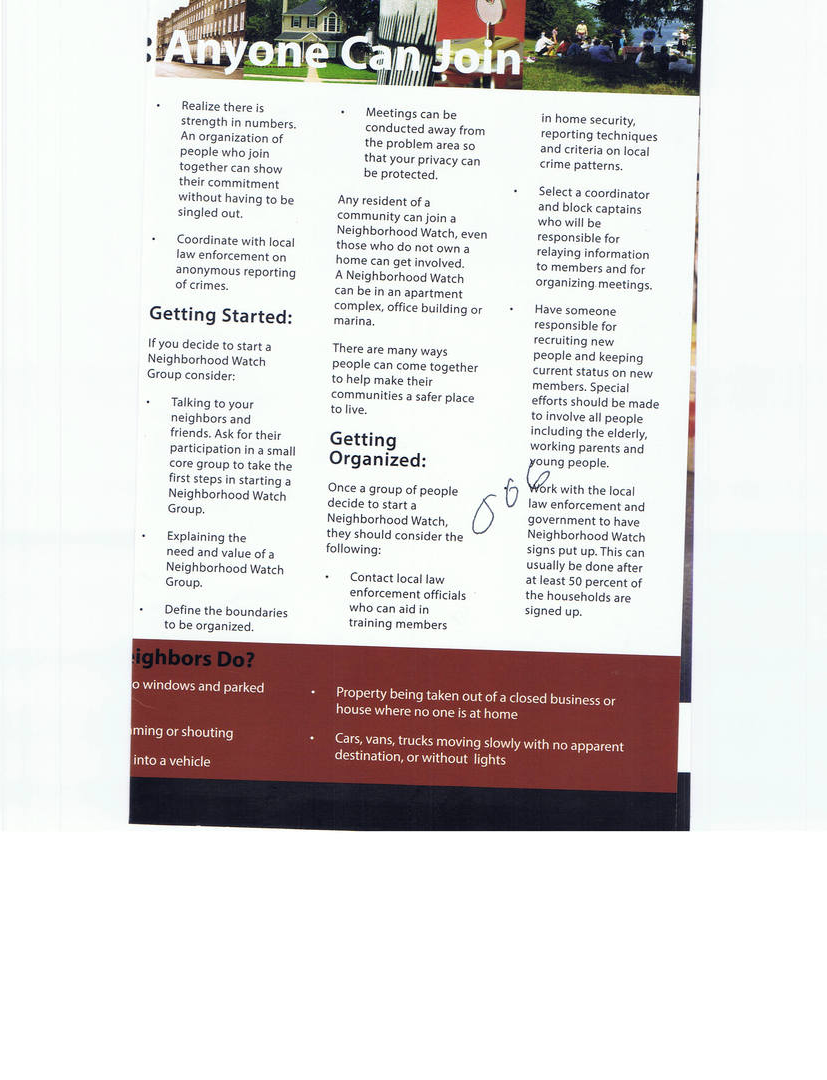 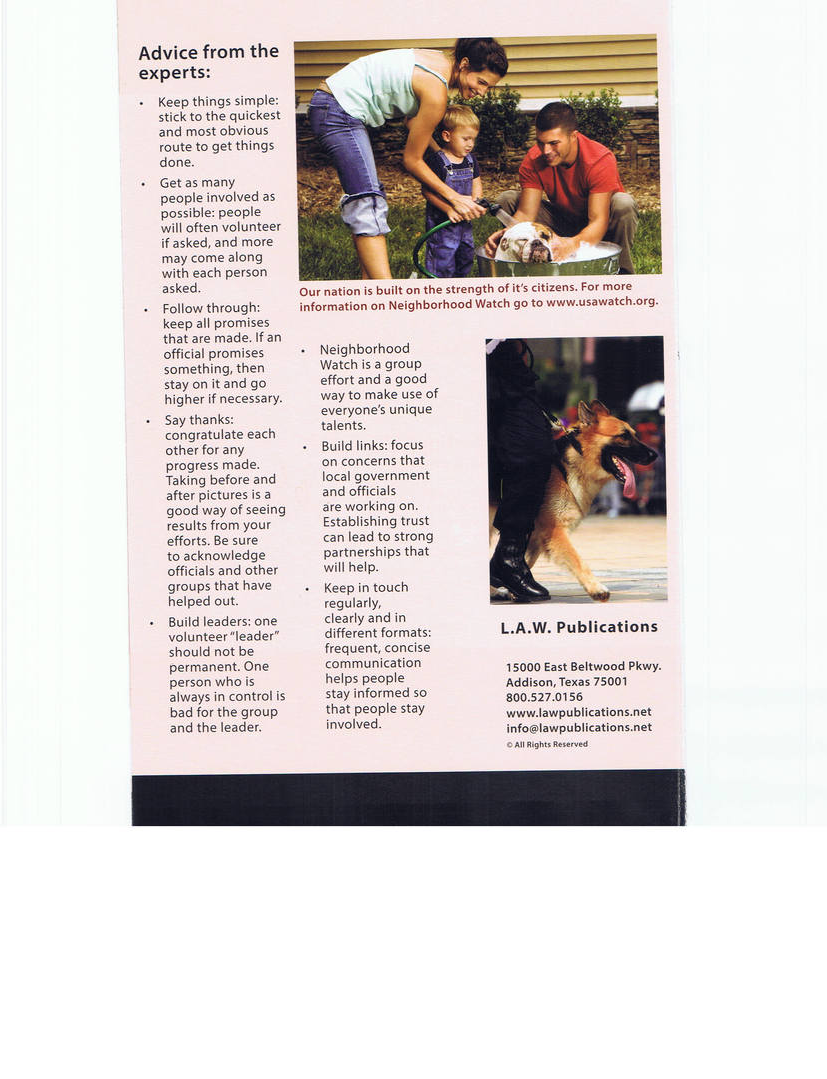